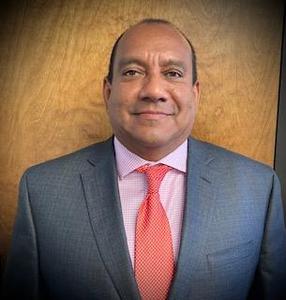 Harold Palmera has been named the new assistant principal of Long Middle School. Mr. Palmera has been employed with the Chesterfield County School District for 12 years as a Spanish teacher at Cheraw High.

In 2008, Mr.  Palmera received his Master of Arts in Education, Universidad del Norte, Barranquilla, Colombia. In 2019, he earned his Administrative Licensure at Wingate University. Mr. Palmera is also a South Carolina teacher evaluator. He has served on several committees throughout our school district and has participated in the district’s Aspiring Principals’ Program.

According to superintendent, Dr. Harrison Goodwin, “Mr. Palmera has a proven ability to establish meaningful partnerships with the community and other schools. He will be a great asset and contributor to the Long Middle School administrative team. The staff, students and community are very fortunate to have him.”